OTHER BROTHERS INITIATED INTO XI PHI

In 1982, with approximately 25 Brothers, Xi Phi was reactivated with the intent to re-establish the Chapter as a viable force in New York City and Omega Psi Phi Fraternity, Inc.

Since reactivation we have worked hard to help improve and revitalize our community. Through neighborhood clean-ups, voter registration drives, book and clothing drives, feeding the homeless, volunteer work with the senior citizens of the Greater Harlem Nursing Home, mentoring programs for high school males, scholarship awards for high school and college students, Voter Registration, Black College Tour, Urban League Football Classic and Life Membership in the NAACP we have found positive ways to give something back to the community.

Community Uplift through Perseverance (CUP), Inc., is our fund-raising arm that allows us to support our charitable activities such as the Black College Tour and scholarship awards.

Our Black College Tour has taken over 400 students from the New York metropolitan area to 16 historically African-American colleges and universities in North Carolina, Virginia, Washington, D.C., Maryland, Delaware, and Pennsylvania.

The Omega Express, first published in in the Fall of 1990, is the voice of Xi Phi chapter that chronicles the activities and achievements of the members of chapter and to make those activities known to the community that we serve.

The Xi Phi Chapter Web Site went "on line" in the Spring of 1999. This means of communication allows the world to get up-to-the-minute information of the history, activities, events, links and achievements of the chapter. It is also a medium that allow visitors to communicate with the chapter via email.

Our chapter motto is:

"Uplifting the Community Through Our Actions" 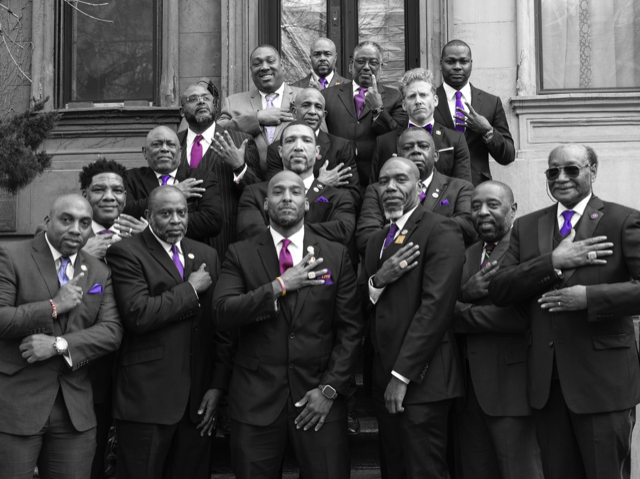